Melody Gray-Hohepa to perform with icons of music Year 13 music student Melody Gray-Hohepa has just been selected for the performance of a lifetime.

Melody has been invited to perform alongside NZ music icon Don McGlashan and other well known musicians at the Playing It Strange concert. This will be held on 23 September at the Vodafone Events Centre.

The songs that Melody will be performing are favourites of and have been selected by Geldof and Fleetwood. The songs  are 'Waterloo Sunset' by The Kinks and 'Wild Horses' by The Rolling Stones.

Also attending this event will be orchestras and choirs from leading secdondary schools.

Melody recently spent a day in Neil Finn's (Split Enz and Crowded House) Roundhead Studios where she recorded 'Pamamae'. This was as part of her prize for being a 2019 PlayItStrange finalist and the winner of the 2019 Junior Maioha Award. The Junior Maioha Award is awarded to the secondary student songwriter who creates the best song in Te Reo Maori.

Melody also was awarded the Principal's pin by Mr McCracken in a recent senior assembly. Melody is the first solo music student to win this award.

Congratulations Melody, you deserve all the praise you receive.

Tickets for the Playing It Strange concert can be purchase online at http://www.ducoevents.com/events/upcoming-events/playing-it-strange-geldof-v-fleetwood 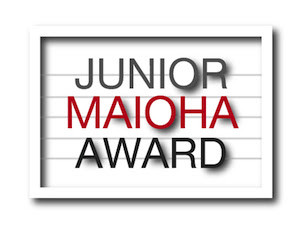 A Message from Mila Clark Here at the Kaipara Colllege Music department, we are known for being accepting and diverse!

Personally, I've found that the Performing Arts department here at Kaipara College, especially music, treats you as more of an individual than just another student. Relationships between teachers and students in this department are honest and understanding - giving you the best chance to improve and grow as a musician and a student.

Throughout a year in music at Kaipara College, students have the opportunity to get invloved in SmokeFree RockQuest, the school production, Play It Strange competitions, local concerts and performances and the Band Factory. Band Factory is a chance for all our music students, of any age group, to get together, to write and play music, after school hours. This allows students a chance to work on upcoming performances or just to grow and learn new things from others around you.

Anyone who has been through the music department here at Kaipara College knows how much of a family it is, and that anyone is welcome - whether you've been playing music all your life, or have never played before and are just passionate about music!

Seven Sharp Records & Play It Strange present Aimee Way & her song Hold On Tight Each year. The Play It Strange Lion Foundation Songwriting Competition showcases school-age artists from around NZ. This song was a finalist in the 2016 competition.

Kaipara musicians supporting others.  Alex Horsfield, Aimee Way, Taine Ngatai and drum tutor Paul Conlogue supporting the efforts of the PlayItStrange Trust along with songwriter Kane Chong with his song We Are One. Supporting and raising awareness for those owith autism.